Taking place in the heart of Bath each year, the much-loved and longstanding Bath Boules tournament weekend is all about having fun whilst fundraising, plus a bit of a French twist to really set the scene! It is Headline Sponsored by Brewin Dolphin.

The Boules has contributed over £650,000 to local charities in its first 29 years. And now in our 30th year we’re asking all the wonderful Bath people and generous companies reading this (that’s you, btw) to dig deep and contribute what you can.

(And even more, if you absolutely insist.)

All proceeds raised from it are distributed via the Bath Boules Trust to local charities.

2020 would have been the 30th Anniversary of the Bath Boules live event, but due to the pesky pandemic we couldn't go ahead as panned, but we are very excited to be back for 2021!

It began with a mini contest of the traditional French game of boules between businesses in and around Queen Square. A lot of boules was played, and a lot of Ricard was consumed! It became an annual occasion and with more and more teams getting involved, it was decided to make the gathering raise money for local charities.

Fast-forward to today and the event has grown from a one-day, into a two-day, now a three-day tournament with 64 teams competing on each day, a closed-road street food market surrounding the Square and loads to do for friends, families and passers-by.

We hope lots of you can join us to support this legendary cause for the city, even in its virtual form.

To keep bang up to date with all the latest goings on from the Bath Boules, sign up ici for our newsletter or follow us dans le Twit.

Don't know how to play Boules? Find out here! 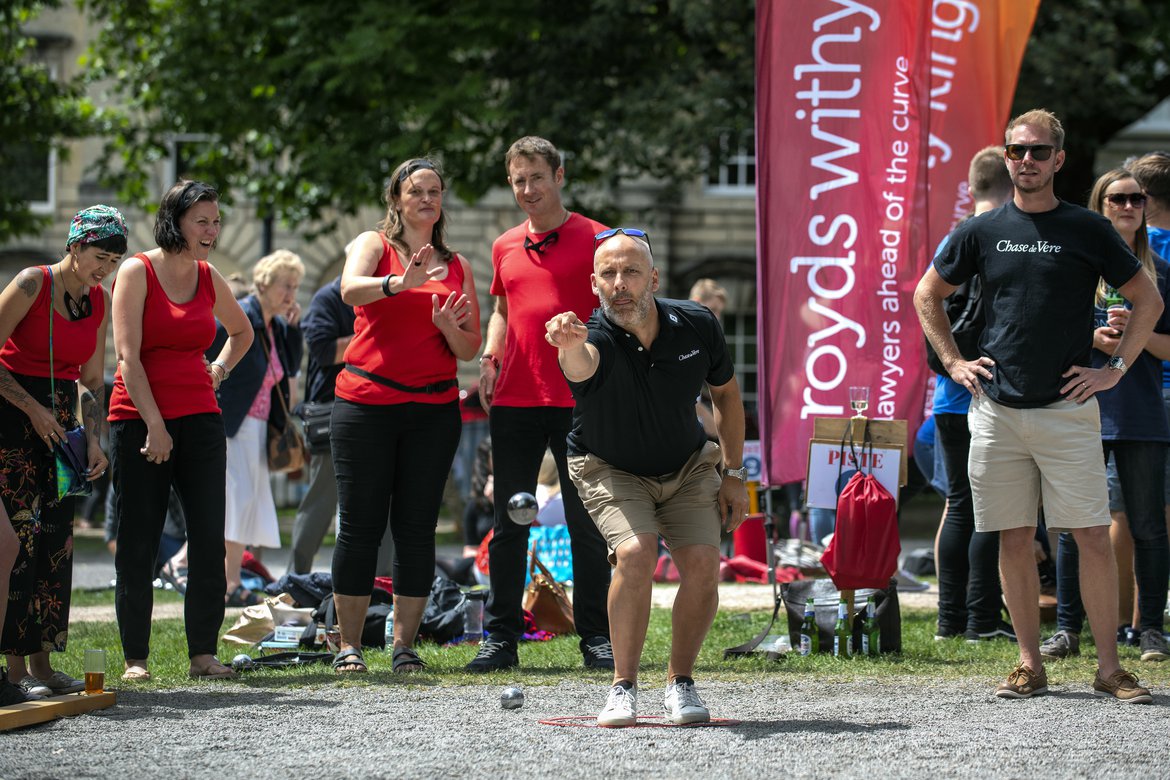